« BACK
Get involved
You are here: Home » HPOG Steering Committee » Pierre Kriesels 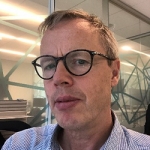 Pierre Kriesels joined Shell in 1997 after studying Physics at the University of Eindhoven.

For the first years in Shell he held a position in R&D, focused on hard rock drilling and vibration control. In 2001 he joined the Dutch operator NAM in a more operational role, including well design, contracts and performance management.

Coming back to R&D in 2006, he worked as a team lead, and as GM as of 2016, on a variety of technologies targeted at shallow oil, sour gas, deep water and abandonment. In 2019 he was appointed Well technology Lead for Deep Water, situated in Houston. Pierre is married and has 4 children.